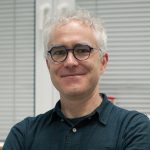 I graduated from the Faculty of Physics, University of Warsaw in 1997. I then did my Ph.D. under Michał Nawrocki at the same Faculty. In the thesis, I investigated the mechanism of exciton tunneling between two different quantum wells. I defended the thesis cum laude in 2003. Afterwards, I started a post-doc in the group of Luis Vina at the Autonoma University in Madrid, where I studied spin properties of exciton polaritons in microcavities. In 2004 I joined the group of Jacek Kossut at the Institute of Physics of the Polish Academy of Sciences. My research interests were concerned with self-assembled quantum dots and the possibility to tailor their state by doping and by external fields. I presented my habilitation in 2017.

My tool of choice is optical spectroscopy in the visible. In our lab, we study absorption, reflectivity, Raman scattering, and photoluminescence of semiconductor nanostructures. We specialize in spectroscopy of single quantum dots. Our setup enables measurements with spatial resolution in the diffraction limit (i.e., about 500 nm). We can also map photoluminescence or reflectivity signals with this resolution over areas as large as a few millimeters. We can detect light in the range from ~300 nm to 1.7 μm and employ various excitation sources from 325 nm to 980 nm. We perform both steady state and time-resolved measurements. For the latter, we use a time-correlated single photon counting setup with a temporal resolution of ~250 ps. We also perform photon correlation measurements in the Hanbury-Brown and Twiss scheme.